The official inauguration of the 2022/2023 academic year at the University of Warsaw was held on 3rd October, Auditorium Maximum, on the university historical campus at Krakowskie Przedmieście. The opening lecture was delivered by a world-renowned surgeon, Professor Maria Siemionow of the University of Illinois, Chicago. The event was livestreamed.

The official opening of the new academic year was preceded by singing of the national anthem. An inauguration speech was given by Prof. Alojzy Z. Nowak, Rector of the University of Warsaw. At the matriculation ceremony, the students and doctoral candidates, who obtained the highest admission scores, took an academic oath and received traditional student books. This was followed by speeches from representatives of students and doctoral candidates.

The opening lecture was delivered by Maria Siemionow, Professor of Orthopaedics and Director of Microsurgery Research, the University of Illinois, Chicago. She is a world-renowned scientist and an expert on vascularised composite allografts, hand surgery, peripheral nerve surgery and microsurgery. In 2008, Siemionow performed the first near-total facial transplant in the United States. She is investigating the effect of cell-based therapies on the immune system’s natural response to foreign tissues and donor organs.

She is an author of over 400 scientific publications, edited three plastic surgery textbooks, two popular science books and over 140 book chapters. Siemionow has been decorated with the Commander’s Cross of the Order of Polonia Restituta for her contribution to the development of miscrosurgery and transplantation medicine. She has received the Special Achievement Award of the American Society of Plastic Surgeons, and Casimir Funk National Science Award, the Heritage Award by the Polish American Congress, and the Golden Otis Award.

She served as Director of Plastic Surgery Research and Head of Microsurgical Training for Cleveland Clinic’s Department of Plastic Surgery. In 2005, she was appointed Professor of Surgery in the Department of Surgery at Cleveland Clinic Lerner College of Medicine, Case Western Reserve University. Currently, she holds the position of Professor and Director of Microsurgery Research, the College of Medicine of the University of Illinois.

UW in ARWU 2022
16-08-2022
The results of the 2022 Academic Ranking of World Universities (ARWU) are out. This year, ShanghaiRanking Consultancy features the best 1,000 universities in the world. The University of Warsaw is ranked between 401 and 500.
Welcome Point’s Pavilion opens again
21-09-2022
The information point for international students, doctoral candidates and employees is open again. The Welcome Point’s Pavilion is located on the Small Court of the Main Campus at Krakowskie Przedmieście, and will remain open till the mid-October. 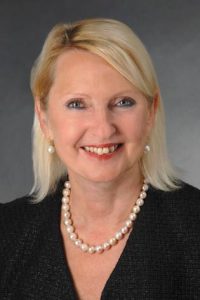