The Rector is the head of the university. Together with the Vice-Rectors, he oversees UW administration and finances, makes key decisions, represents the University externally, and is in charge of the staff as well as undergraduates and postgraduates.

The Senate is the University’s most important governing body. It has the authority to pass documents which are of key importance to the University, such as bylaws, the mission statement and strategy for development, as set out by the Rector, financial and investment plans, and course regulations. 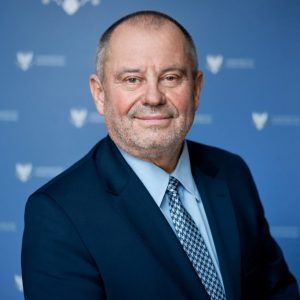 Prof. Alojzy Z. Nowak – Rector of the University of Warsaw

45th Rector of the University of Warsaw 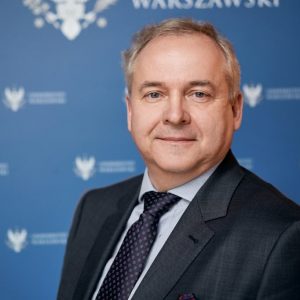 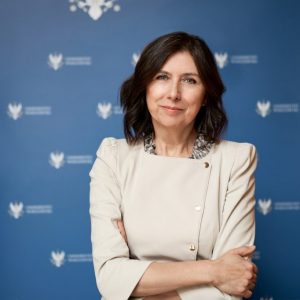 In her research work she focuses on hydrogeology, and, in particular, groundwater protection and conservation. The scope of her interest is mainly concerned with the methodology and regional study of hydrodynamic modelling. Her scientific activity refers to the issue of the assessment of groundwater susceptibility to contamination, the evaluation of parameter values to hydrologic models, and processes in hydrogeological systems. As part of her research, Prof. Krogulec conducts quantitative analyses of groundwater management, identifies potential risks associated with mining and urbanisation, as well as participates in ground dependent ecosystems mapping (GDEs). She is also interested in regional hydrogeology, as well as law and economic aspects of the search for groundwater sources and their exploitation.

Prof. Ewa Krogulec is an author or co-author of about 200 scientific papers, i.e. articles, chapters of monographs, and monographs and maps. She has also been a leader of more than 40 research projects in the field of geology, hydrogeology and environmental protection.

She is the Chairwoman of the Polish Academy of Sciences Committee on Geological Sciences, the Vice-Chairwoman of the National Council of Water Management. For a number of years she has been holding the position of the Chairwoman of the Committee for Hydrogeological Documentations, an advisory body to the Ministry of Climate and Environment. She also works as a member of many scientific councils, including the Scientific Council of Kampinos National Park and Nature Conservation Council, the Mazovieckie Voivodeship. 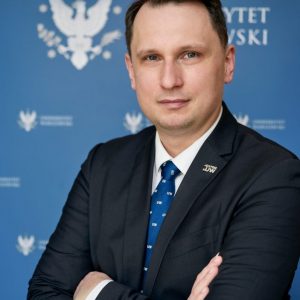 Prof. Sławomir Żółtek – Vice-Rector for Students and Quality of Teaching

Prof. Sławomir Żółtek is affiliated to the University of Warsaw as of 1999. He has been working as a lecturer at the Faculty of Law and Administration since 2008. Professor specialises in the theory of law, criminal business law, and new technologies and blockchain law. In years 2016-2020, he served as Vice-Dean for Student Affairs at the Faculty of Law and Administration at the University of Warsaw. He is a co-founder and Head of the Research Center on the Legal Aspects of Blockchain Technology. For many years, Professor Żółtek has been working in the central institutions of the judiciary system in Poland. He was a barrister. Currently, he is entered into the list of legal counsels. 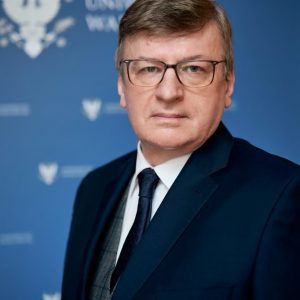 Prof. Zygmunt Lalak graduated from the Department of Technical Physics and Applied Mathematics of the Warsaw University of Technology (M.Sc. in 1985). His scientific career has been associated with the Department of Physics of the University of Warsaw, where he received his doctoral degree (1990) and habilitation (Dr Sc. 1999). In 2008, he obtained the state-awarded title of the professor. As of 2003, Prof. Zygmunt Lalak is an associate professor and as of 2013 full professor of the University of Warsaw.

In years 2016-2020, he was the Vice-Dean for Research and Development at the Faculty of Physics at the University of Warsaw.

He chairs the Scientific Council of the Discipline Physical Sciences. Prof. Zygmunt Lalak is a member of the Coordination Committee of the Priority Research Area POB 2 “Beyond Micro and Macro Worlds” as part of the “Initiative of Excellence – Research University” programme at the University of Warsaw.