Humans re-shape the environments where they live, with cities being among the most profoundly transformed environments on Earth. New research now shows that these urban environments are altering the way life evolves. Is the evolution of white clover the same in Münster, Temuco or Warsaw? The research team led by the University of Toronto Mississauga published their work results in “Science”. Among the co-authors is Professor Marta Szulkin from the Centre of New Technologies, the University of Warsaw.

Urbanisation marks its impact on environmental and evolutionary changes. Cities are growing rapidly due to an increasing number of their inhabitants. The recent research shows that changes in the urban environment can influence four evolutionary processes: mutation, genetic drift and gene flow, as well as adaptation as a result of natural selection.

The team of biologists led by Professor Marc T. Johnson, Professor Rob Ness and James Santangelo, a doctoral candidate, from the University of Toronto Mississauga observes the global adaptation of plants to cities all over the world, i.e. their plausible parallel evolution in various parts of the world. The study focused on white clover (Trifolium repens L., Fabaceae), the plant that can be easily found in cities throughout the world. White clover produces hydrogen cyanide (HCN) as both a defense mechanism against herbivores and to increase its tolerance to water stress. White clover is naturally polymorphic for cyanogenesis. Yet urbanisation can impact cyanogenesis too.

287 researchers from Global Urban Evolution Project (GLUE) studied the population of white clover growing in the cities of different climatic zones. They collected 110,019 plant samples from 160 cities in 26 countries around the world. The GLUE team is joined by Marta Szulkin, an associate professor of biology from the Centre of New Technologies, the University of Warsaw, and Justyna Szulc, an ex-employee of the CeNT UW.

“Protocols for white clover collections were just the same for 160 cities. In each city the samples were collected from 50 sites placed in line within the urban gradient. We were collecting samples within about 30 km, from the Powiśle district to the surroundings of the Kalwaria Mountain. After the biochemical analysis, the results of the analysis and DNA samples were sent on to Canada,” Prof. Marta Szulkin said.

The researcher said that a coincidence had led to the triggered study. While on his sabbatical, Prof. Marc Johnson was travelling the world with his family and was collecting white clover in the cities of Asia and South America. Meanwhile he used to convince a number of researchers, students and naturalists to join his project.

“There has never been a field study of evolution of this scale, or a global study of how urbanisation effects evolution. It would have been impossible to do this without our global set of collaborators,” Prof. Johnson pointed out. “The project is a model for inclusive science. The team was equally split between women and men, and included not just established researchers, but also students at all levels and from all inhabited continents across the world.” 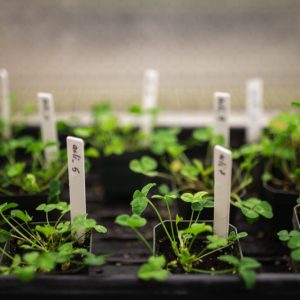 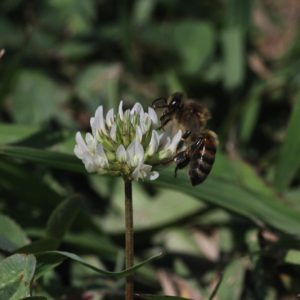 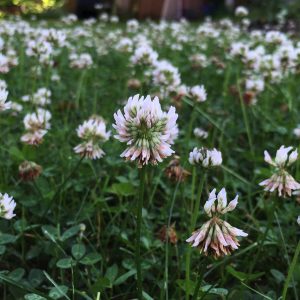 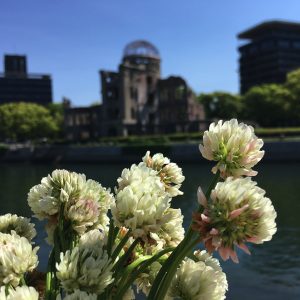 Plants in Melbourne, Toronto and Warsaw

What they found is the clearest evidence that humans in general, and cities specifically, are a dominant force driving the evolution of life globally. From Toronto to Tokyo, Melbourne to Warsaw, white clover is frequently evolving in direct response to environmental changes taking place in urban settings.

“We have long known that we’ve changed cities in pretty profound ways and we have dramatically altered the environment and ecosystems,” said James Santangelo from the University of Toronto Mississauga. “But we just showed this happens, often in similar ways, on a global scale.”

The GLUE study illustrates that the environmental conditions in cities tend to be more similar to each other than to nearby rural habitats. In that sense, downtown Toronto is more comparable to downtown Tokyo in many ways than it is to surrounding farmland and forests outside of the city.

Not only were researchers able to assay global adaptation to cities, they identified the genetic basis of that adaptation and the environmental drivers of evolution. White clover produces hydrogen cyanide as both a defense mechanism against herbivores and to increase its tolerance to water stress, and GLUE found that clover growing in cities typically produce less of it than clover in neighbouring rural areas due to repeated adaptation to urban environments.

The researchers’ findings proved that urbanisation is driving evolution of the production of hydrogen cyanide in white clover globally. They found that the production of HCN increases with a larger distance from the urban centre in many cities. 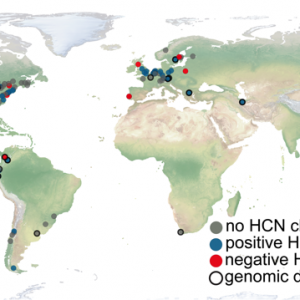 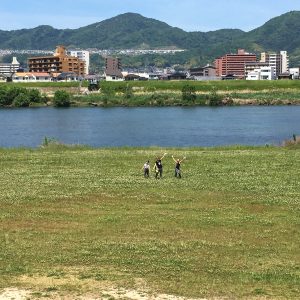 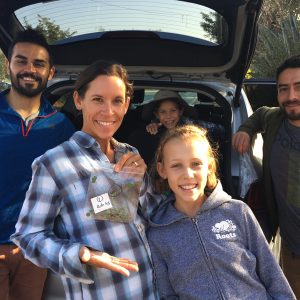 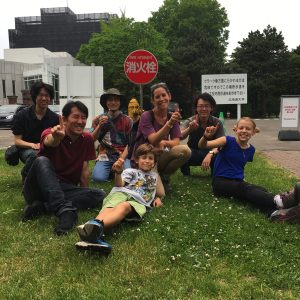 Evolution of life in cities

“This study is a model to understand how humans change the evolution of life around us. Cities are where people live, and this is the most compelling evidence we have that we are altering the evolution of life in them. Beyond ecologists and evolutionary biologists, this is going to be important for society,” explained Prof. Rob Ness from the University of Toronto Mississauga.

“The research into urban evolution is experiencing a boom nowadays,” said Prof. Marta Szulkin, the editor-in-chief of the first academic textbook on urban evolutionary biology, which was published by the Oxford University Press in 2020. “I am so delighted we tend to observe the nature in cities and become aware of biological and evolutionary processes in vivid organisms that help them adapt to urban settings. Definitely, the scientists, teachers and enthusiasts committed to the research into evolutionary biology in cities will contribute to the further development of this study.”

The paper that has been published in “Science” triggers a series of further research studies. Over 110,000 collected samples and 2,500 verified genes of white clover provide an enormous database for extensive analyses in future.

Marta Szulkin, an associate professor of biology, and Justyna Szulc, an ex-employee at CeNT UW, are the co-authors of “Global urban environmental change drives adaptation in white clover”. The paper has published by “Science”, as well as featured on the cover of the journal.

Artificial photosynthesis
25-05-2021
How to convert solar energy into green electricity or green fuel? How to make the process of artificial photosynthesis more efficient? The answer to these questions was developed by a research team led by Prof. Joanna Kargul and Dr. Margot Jacquet from the Center of New Technologies at UW. Scientists have created a universal chemical platform for the nanostructuring of electroactive proteins.
ERC Consolidator Grant – human rights and abortion laws
28-03-2022
“The last two decades witness an enormous interest in the abortion law,” says Prof. Marta Bucholc from the University of Warsaw, a laureate of the ERC Consolidator Grant. Nowadays legal governance of abortion is framed as a part of the debates about the most fundamental human rights: the right to life and liberty, the right to health, freedom from slavery and torture, and many more. 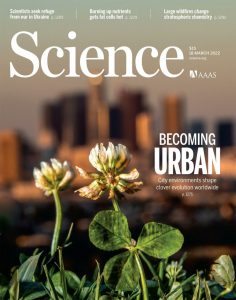