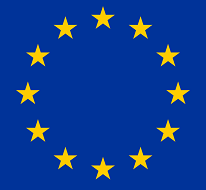 On 22nd June, the results of Perspektywy Ranking 2021 were out. The 23 study programmes run by UW were recognised as best in Poland. UW came second in the ranking of the best universities in the country, following the Jagiellonian University.

According to Perspektywy, the 17 best study programmes are run by Warsaw University of Technology and 15 by the Jagiellonian University.

See the full results of the ranking >>

UW among the most international universities 2021

In January, UW has been ranked 123rd in a ranking featuring 172 the most international universities in the world in 2021. The ranking was compiled using data from the Times Higher World University Rankings. More information >>

In March, the University of Warsaw has been named as one of the world’s top universities for the study of 19 subjects, according to the latest edition of the QS World University Rankings by Subject 2021. The University of Warsaw’s best performance is in Archaeology, Modern Languages, and Philosophy. More information >>

In May, the Global Ranking of Academic Subjects (GRAS), compiled by ShanghaiRanking Consultancy, was out. Mathematics and Physics, run by the University of Warsaw, were ranked 76-100. Also, nine other UW subjects were included in the ranking. More information >>