Prof. Bogdan Jaroszewicz from the Białowieża Geobotanical Station of UW is a co-author of research articles on forest microclimate published in “Science” and “Proceedings of the National Academy of Sciences”.

Understanding of the relationship between global warming and the biosphere is extremely important as it modifies ecological processes and biodiversity and thus affects the functioning of ecosystems and human well-being.

The increase in temperatures entails an increase in the proportion of thermophilic species in the organism’s assemblages, but the rate of this process, for unknown reasons, is much slower than the rate of global warming. 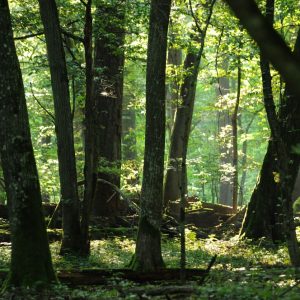 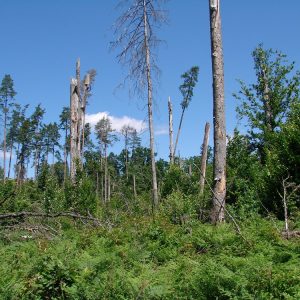 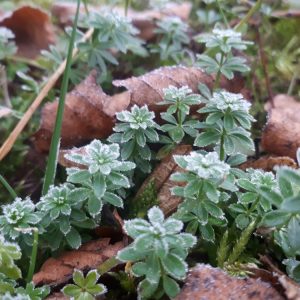 An international research team led by Dr. Florian Zellweger from the Swiss Federal Institute of Forestry and the University of Cambridge, where one of the Polish collaborators was Prof. Bogdan Jaroszewicz from the Białowieża Geobotanical Station of the Faculty of Biology at the University of Warsaw, has just published a paper in Science revealing that in forest ecosystems the rate of changes occurring in plant communities is correlated not with the macroclimate warming, but with the rate of changes in the microclimate of the forest interior. This is due to the buffering properties of the tree crown layer: the microclimate of the temperate forest is even several degrees Celsius cooler during warm periods than that of the open-air macroclimate. The strength of this buffering depends on the species composition of the trees, their rate of growth and their mortality.

Predicting the reaction of forest biodiversity

The research, in which several Polish scientific institutions were involved: the University of Warsaw, University of Rzeszów and University of Wrocław, was based on the repetition of historical lists plant surveys on permanent plots, which were made in 56 regions of Europe, on nearly three thousand research plots and complemented by direct measurements of under canopy temperatures. The researchers observed two conflicting trends. In some of the studied forest ecosystems, the difference between the macroclimate and the forest microclimate increased due to the increasing compactness of tree crown layer. This is most probably due to the increased availability of nitrogen from atmospheric pollution, which allows for more lush tree development. However, in a large portion of the examined ecosystems, the trend is opposite: droughts, increasingly frequent strong winds and attacks of insects and fungi cause the trees to die and fall, the forest canopy opens and its ability to buffer temperatures rapidly decreases. This leads to microclimate warming at a much faster rate than the average macroclimate warming, further increasing the dissonance between thermal conditions and the species composition of the undergrowth. As a result, more and more forest species live in suboptimal thermal conditions, which increases the risk of their extinction. This is a very important discovery, as it may allow for greater reliability in predicting the reaction of forest biodiversity not only to climate warming but also to changes in landscape use or to forest management activities that lead to new thermal conditions in the forest. With the predicted climate warming, many forests will be at risk of losing their canopy cover as a result of dying trees and cutting down trees that are dying, and this, in turn, could seriously threaten the biodiversity of forests exposed to a sharp rise in understory temperatures. Thus, any silvicultural action should take the widest possible account of their impact on the local microclimate in order to prevent negative impacts on biodiversity and ecosystem functioning.

Another major threat associated with climate change in the temperate and boreal zones is the late spring frosts. They damage plants at the beginning of the growing season, which has a negative impact on plant production in forestry, horticulture and agriculture. An analysis of the frequency of occurrence of spring frosts in the years 1959-2017 and the resistance to them of almost 1500 tree and shrub species growing in temperate and boreal climate zones showed that these plants developed two different adaptations to avoid damages. In regions with high regularity of late spring frosts, e.g. Eastern North America, plants develop their leaves late, after the air temperatures have stabilized sufficiently high. In contrast, in a large part of the temperate European and Asian forests, where late spring frosts occur irregularly, plants have developed a less cautious strategy: they develop leaves with the first period of significant temperature increase.

The team headed by Dr. Constantin M. Zohner from Swiss Federal Institute of Technology (ETH Zurich) and Ludwig Maximilian University of Munich (Germany), with whom researchers from Polish institutes and universities cooperated: the Institute of Dendrology of the Polish Academy of Sciences, the Forest Research Institute, Poznań University of Life Sciences and Prof. Bogdan Jaroszewicz from the Białowieża Geobotanical Station of the Faculty of Biology of the University of Warsaw, developed a forecast of the occurrence of late spring frosts, which revealed an increase in the probability of damage to trees and shrubs in the area of about 35% of European and about 26% of Asian temperate forests. In North America, due to a different strategy of local species, the zone at risk of increased damage covers only about 10% of the temperate forests there. The discovery of these dependencies is important for forest management, as it may allow making sciencebased decisions about the structure and species composition of stands that will minimize the future risk of tree damage and economic losses caused by late frosts.

Dr. Thurston C. Hicks as a co-author of the paper in “International Journal of Primatology”
14-05-2020
The article entitled “The Relationship Between Tool Use and Prey Availability in Chimpanzees (Pan troglodytes schweinfurthii) of Northern Democratic Republic of Congo” has been published in “International Journal of Primatology” magazine. Its first author is Dr. Thurston C. Hicks from the UW Faculty of "Artes Liberales".