A Ceremonial Renewal of the Doctorate of Prof. Ewa Wipszycka-Bravo

Choosing ancient weaving techniques for her doctoral thesis made her learn old weaving in practice as she claims that the real knowledge means prior investigating the nature of a subject. A Polish historian and humanities professor who studies Christian culture in ancient times and the Middle Ages. On 15th December in the Senate Hall of Kazimierzowski Palace, a ceremonial renewal of a doctorate was held for Prof. Ewa Wipszycka-Bravo.

“On behalf of the Senate as well as the academic community, it is a major honour and privilege for the rector of the University of Warsaw to renew your doctorate. You have shown the right path to becoming a noble person”, said Prof. Alojzy Z. Nowak, UW rector, “Prof. Wipszycka-Bravo is world-wide known for her interests and passion in science. Her colleagues and students emphasise her honesty, high-mindedness and bravery”.

Prof. Ewa Wipszycka-Bravo is one of the most eminent ancient historians of Polish origin. Her research focuses on the ancient history of the antique periods, mainly on the history of the Church in the late antiquity. She participated in archaeological missions in Egypt: excavated the monastic site in Naglun and the ancient port in Marea. Her scientific work incorporates various disciplines.

Prof. Adam Ziółkowski, her doctoral dissertation adviser, named Prof. Wipszycka-Bravo the greatest promoter, coordinator, researcher and master who used to confront papyrological documentation with other sources. As she admitted, “I was formed to doubt and discuss, I tended to criticise and challenge authorities. Soon I realised that I should understand, investigate and analyse each single item that is going to be discussed or presented to my students”. 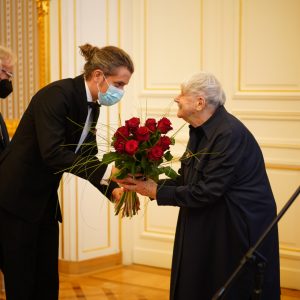 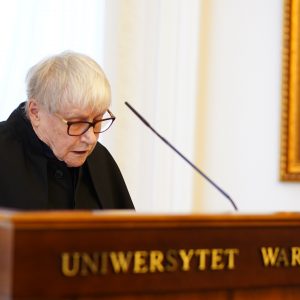 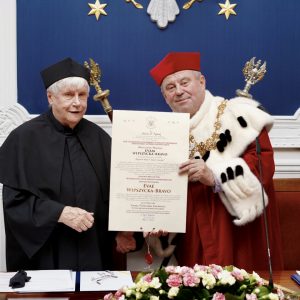 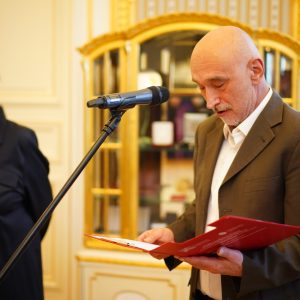 ”She taught us to discuss. Her classes are an incredible example of academic debating, highly valued by her students as well as scientists in Poland and abroad. After debates, many left the Department of Papyrology in much worse mood than the one they were in when entering the building”, said Prof. Łukasz Niesiołowski-Spano, dean of the Faculty of History. “Once Croesus, the Lydian king, asked wise men who the happiest man was. The answer he received was: Tellus of Athens. Tellus was the happiest man because he lived in a well-governed country, had virtuous sons and sacrificed his life to his country. Ewa Wipszycka appears to be our Tellus. She lives in a gorgeous city, created a strong scientific background with a growing number of young scientists, became an ideal professor and researcher”, he added.

UW Physicists in ”Nature”
16-12-2021
Scientists from the Faculty of Physics at the University of Warsaw led by Prof. Michał Tomza, together with the experimental group of Prof. Tobias Schaetz from the University of Freiburg, were the first to observe Feshbach resonances between single ion and ultracold atoms. The results of their work have been published in “Nature”. The article has also been highlighted on the journal’s cover.

A resolution to renew Prof. Ewa Wipszycka-Bravo’s doctorate was adopted by the Council of the Faculty of History. Her academic achievements were reviewed by: Prof. Roger Bagnall from the Institute for the Study of the Ancient World, New York University, Prof. Jean Gascou from the University of Paris-Sorbonne and prof. Maciej Salamon from the Pontifical University of John Paul II in Krakow. On 22nd January 2020, having consulted the reviews, the UW Senate resolved to make a renewal of Prof. Ewa Wipszycka-Bravo’s doctorate >>