Main siteNewsVisit of the President of Iceland to the UW

Visit of the President of Iceland to the UW

“Defending Asgard, independence and human rights. The use of history in current affairs” is the title of a lecture that Guðni Th. Jóhannesson, President of Iceland, gave at the University of Warsaw. The meeting was a part of his official visit to Poland.

Guðni Th. Jóhannesson had been a professor of history at the University of Iceland before he took office as President of Iceland in 2016. He is a renowned author of historical books. He also has a journalistic experience.

The lecture at the University of Warsaw was one of the points of his official visit to Poland. On 4th March, in the speech entitled “Defending Asgard, independence and human rights. The use of history in current affairs ”, the President of Iceland referred to the good and bad sides of using history in present activities. He talked about Asgard and other issues concerning Norse mythology and its references to current affairs.

“We need to defend our ancient heritage against misuse by racist extremists. We need to defend diversity, freedom and tolerance (…). In this defence, we can use ancient customs and sources,” said Guðni Th. Jóhannesson during his lecture. 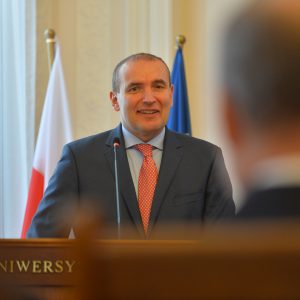 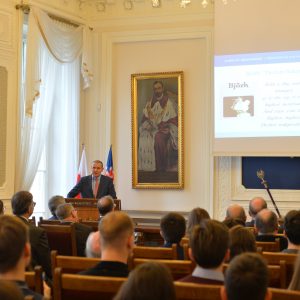 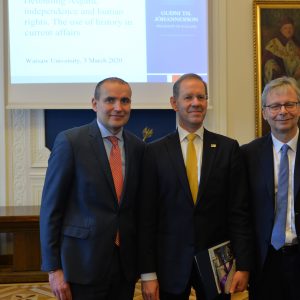 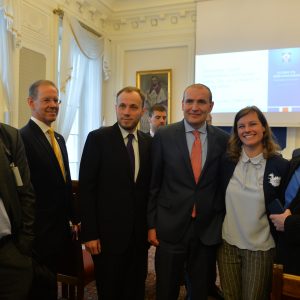 During the lecture, Guðni Th. Jóhannesson presented the importance of historical memory, using examples from the history of regaining independence by Iceland and Poland, as well as references to pop culture. He also mentioned about winter school “Memory in Conflict” organised as part of the 4EU + Alliance at the University of Warsaw.

President of Iceland also answered a few questions from the audience related to his country’s attitude towards Brexit, the Polish community in Iceland, and methods of using history in educational policy.

Letter of intent on Polish-French collaboration
27-02-2020
Prof. Marcin Pałys, the UW Rector, signed a letter of intent, between the University of Warsaw, University of Sorbonne, Centre National De La Recherche Scientifique (CNRS), and the Embassy of the French Republic to Poland, on strengthen research cooperation in the area of humanities and social sciences.