Main siteNewsUW among the rising stars

UW among the rising stars

Nature published the Nature Index 2016 Rising Stars – identyfing ascendant performers in the research world. The University of Warsaw was ranked among the world’s top 100 institutions. In the region of South East Europe the UW was ranked 3rd.

The Nature Index 2016 Rising Stars uses the power of the Nature Index, which tracks the high-quality research of more than 8 000 global institutions. Applying WFC (weighted fractional count) the Nature summed up scientific achievements of institutions over the last four years (2012-2015). The index metric used to assess a country’s contribution to 68 high impact natural science journals. Poland was mentioned as a one of the examples of countries that improved their research performance more than most. Read more >>

Not only the University of Warsaw was listed in top 100 institutions, but also the Jagiellonian University. It was placed 69th. 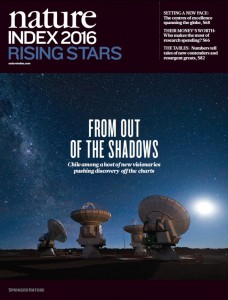