The Education Quality Evaluation Unit has reported the results of the survey among academic teachers. The aim of the survey was to evaluate the implementation process of the requirements stated in the European Charter for Researchers and the Code of Conduct for the Recruitment of Researchers.

In December 2021, the Education Quality Evaluation Unit, University of Warsaw, conducted a survey to investigate the experience and opinions of academic teachers mainly regarding working conditions, gender equality and work-life balance at the UW. It was the third edition of the survey to evaluate the implementation of the principles and requirements of the European Charter for Researchers and the Code of Conduct for the Recruitment of Researchers.

The survey results were used in the gap analysis of the Charter and Code vs. the UW policy to set up the Action Plan for upcoming years.

Selected results of the survey

The role of a research supervisor

General principles and requirements for researchers

The 2022/2023 admissions to the UW
29-04-2022
Admissions to first-cycle and full-cycle studies at the UW in the 2022/203 academic year start on 6th June. Until 5th July, applications can be registered via the Internet Recruitment of Candidates system. The UW also prepared an educational offer for applicants from Ukraine.
Polish Personal Income Taxes for International Employees – online course
15-03-2022
Each year until 30th April, all employees who have worked in Poland in the previous year, have to submit their annual personal income tax declarations (PIT) to the fiscal authorities. Welcome Point offers the course for the UW international employees on how to settle their personal income tax in Poland. 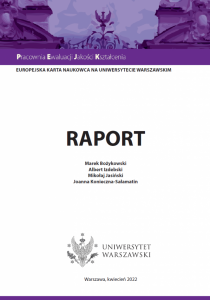 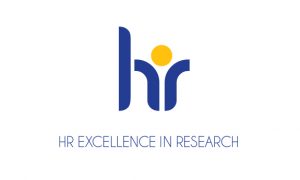