Prof. Bogdan Jaroszewicz from the Białowieża Geobotanical Station of the UW Faculty of Biology is among the authors of an article, published in the journal “Nature Ecology & Evolution”, presenting how the biodiversity of forest undergrowth has changed over the past decades. The research was based on data from 68 temperate forest complexes in Europe, including the Bialowieża Forest.

In the European temperate forests, plant species with a small geographical range are displaced by widely distributed species, sometimes alien. Analyses carried out by a group of researchers cooperating in the forestREplot scientific network showed that this change is related to the increased availability of nitrogen. The study was published in the journal Nature Ecology & Evolution by a research consortium with the participation of Professor Bogdan Jaroszewicz from the Białowieża Geobotanical Station of the Faculty of Biology at the University of Warsaw.

Numerous scientific reports confirm the decrease in the number of animal and plant species globally. However, on a local scale, the results are often even contradictory and sometimes even show an increase in species richness. How can this alleged contradiction be explained, and what are the reasons for it?

An international team of scientists, based on data from 68 temperate forest complexes in Europe, including the Bialowieża Forest, has shown how the biodiversity of forest undergrowth has changed over the past decades. This was not an easy task, as researchers had to assess data on the occurrence of 1162 plant species. 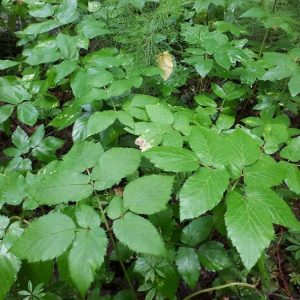 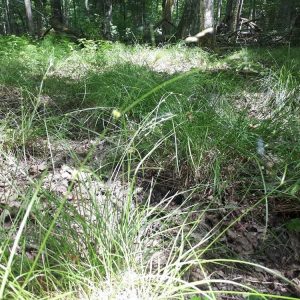 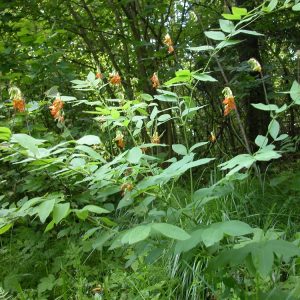 Scientists found that forest species with smaller geographical areas have a higher risk of extinction. This is due not so much to the lower population size of such plants as to their narrower ecological niche. Very often less common plant species are those that are better adapted to cope with limited nutrient availability. Nitrophilous plants – with high demands on soil fertility – are generally characterised by larger geographical ranges. Therefore, the excessive accumulation of nitrogen in the environment, which has lasted for decades, leads to an increased likelihood of replacing species with smaller ranges and lower nitrogen requirements by those with larger ranges and higher nitrogen demand. Their competitive advantage stems from their ability to benefit from a better nutrient supply, which translates into their faster growth and higher seed production. Nitrophilic species are also often characterised by small seeds, which in turn facilitates their spread over longer distances and enables the colonisation of new areas.

As the effect of the expansion of widely distributed nitrophilic species outweighs the withdrawal effect of less widespread species, the average local level of biodiversity has not decreased. However, as small ranged species are dying out everywhere, the overall species richness of Europe’s forests in terms of whole biomes has decreased. The published study estimates the average rate of decline in the species richness of temperate forests at 4% over the last 40 years in the continental scale. However, the researchers note that the research sites included in the analyses were located only in protected forests and that this decline is likely to be much greater in productive forests, where the forest floor plants are additionally under pressure from forest management activities.

Despite the small spatial cover of the vanishing species, their extinction has a large impact on the functioning of forest ecosystems. Their disappearance triggers a cascade of extinctions of insects, fungi and soil organisms associated with them. And the further homogenisation, i.e. the unification of vegetation on large geographical scales, progresses, the more the ability of ecosystems to buffer extreme events and adapt to changing environmental conditions, such as climate change, decreases. Thus, reducing nitrogen pollution is essential to halt further extinction of less widespread species and preserve the sustainability of forest ecosystems.

ERC awarded its Advanced Grant to a UW scientist
31-03-2020
Prof. Stefan Dziembowski from the UW Faculty of Mathematics, Informatics and Mechanics has been awarded an ERC Advanced Grant for his project entitled “Smart-Contract Protocols: Theory for Applications”. PROCONTRA is an acronym for the project.

The work was coordinated by Ingmar Staude, a PhD student from the German Center for Integrative Biodiversity Research (iDiv) in Leipzig.