Wojciech Makowski, student of the University of Warsaw, won a silver medal in the Rio 2016 Summer Paralympics. Blind swimmer was competing in 100m backstroke.

The athlete is one of the 90 representatives of Poland in the 15th Summer Paralympics Games in Brasil. Wojciech Makowski’s time of 1:08.28 came second to a new world record of 1:06.66 by Ukrainian Dmytro Zalevskyi.

Silver medallist studies Management, second cycle programme at the University of Warsaw. Besides studies, he has many achievements in swimming:

Paralympian is slated to swim two more events with the 100m freestyle and 50m freestyle still on the docket. 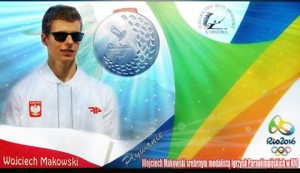