“Unfinished Tales of Númenor and Middle-earth” – the series “Read with UW” returns in the second edition with a new episode, produced in cooperation with the University of Warsaw Library. In the series UW employees talk about a book of their choice, which can be found on the shelves of BUW.

“Did Tolkien really write this? How did he imagine the book’s plot? It seems that these questions are as common as the presence of ‘The Lord of the Rings’ world in modern pop culture. The answers can be revealed with scientific precision,” Dr Marta M. Kacprzak from the UW Library says.

Dr Marta M. Kacprzak is a Polish literary historian, who works as a custodian at the 19th Century Publications Department of the University of Warsaw Library. She reads for work and pleasure, carrying a book everywhere, as she emphasises. Her research interests are focused on the reception of Literature and Culture from the Middle Ages till the Enlightenment, in particular, but also on the 19th century editorial development. In her role as the custodian  Kacprzak has engaged in research on the history of the Library’s 19th century publications. She also shares her professional knowledge with UW students.

“Unfinished Tales of Númenor and Middle-earth”

The book “Unfinished Tales of Númenor and Middle-earth” can be found on the shelves of the University of Warsaw Library together with other works of J.R.R. Tolkien, including those published after his death. The latter were edited by Tolkien’s son, Christopher, and have been successively translated into Polish in a form of illustrated editions.

What symbolised The White Tree of Gondor? What was the history of Elessar, a green elfstone, before it came into Aragorn’s possession? The answers to these questions lie in the book, published under the guidelines of critical editing, with information on variants, commentaries and appendices.

“There is much more to the book than one can assume. The world of ‘The Lord of the Rings’ would not exist without the great imagery and literary talent of Ronald Tolkien (as the author was called by his friends and family). The influence of the European mediaeval epic and the 19th century fantasy novel cannot be overstated. The whole story would not be the same if it had not been for philology and the textual criticism of the second half of the 19th and the first half of the 20th century. Finally, J.R.R. Tolkien could not live without universities and their libraries, which had also a great impact on his work. The same applies to his son, Christopher Tolkien”, Dr Marta M. Kacprzak explains.

“Unfinished Tales of Númenor and Middle-earth” and other works by J.R.R. Tolkien are available at the University of Warsaw Library. Most of them can be found in open stacks (Wolny Dostęp) in the English literature section. 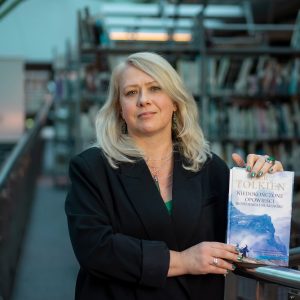 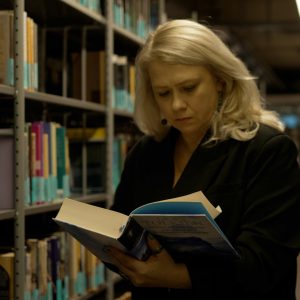 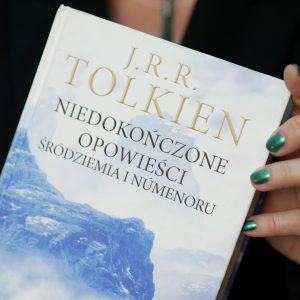 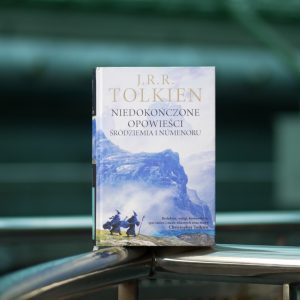 “The Hidden Life of Trees”: Read with UW
26-07-2021
“This book can open our eyes to a world unknown to most people. It makes readers aware why even a bark beetle, mosquito, or other – as we like to say  – pests are essential elements of the ecosystem” says Zuzanna Sendor from the University of Warsaw Library about “The Hidden Life of Trees”. In the “Read with UW” series, we present a book for holidays.