Fieldwork in Soba, the former capital of the Kingdom of Alwa – today, a suburb of Khartoum – was paused for a mid-season break in mid-December. It was carried out by a team of specialists led by Dr Mariusz Drzewiecki from the Polish Centre of Mediterranean Archaeology, University of Warsaw. The excavations revealed the remains of a medieval garden. It is the first this kind of a discovery in Soba.

As the capital of the Christian kingdom of Alwa (from the 5th/6th to the 13th/14th century), it was described as a city with many churches, residences, beautiful gardens, and a district inhabited by Muslims. Dr Mariusz Drzewiecki, a leader of the team of specialists from the Polish Centre of Mediterranean Archaeology UW, was engaged in archaeological research in this area.

A medieval garden, a kitchen and a storage room

Dr Drzewiecki explains that archaeologists conducted excavations at two locations which were selected on the basis of geophysical surveys conducted during the previous season. One of the trenches hit upon a storage and kitchen room that were part of a larger architectural complex. Along the inner walls of the warehouse, large ceramic storage vessels and various smaller containers for preparing and serving food were discovered. In addition, small lamps (with visible signs of use), pot stands, and lanterns were found (though the latter had no fire-related marks). In the corner of the room, there was a large, semicircular furnace.

“Many of the discovered vessels are unique: they are unusually ornamented and, in the future, they can become the highlight of many museum exhibitions”, said Dr Drzewiecki.

In the second trench, remains of a medieval garden were discovered. It is the first such finding in Soba and one of just a few in all of Sudan. The remains included a fragment of an irrigation system that supplied water by a channel to several trees or larger shrubs. Botanical samples were taken for an analysis to determine what plant species were grown in that garden. 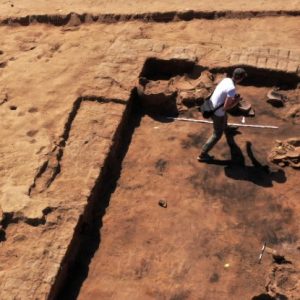 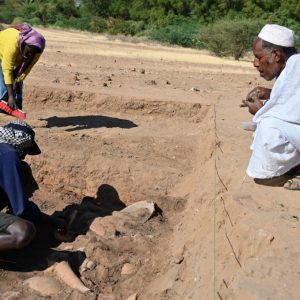 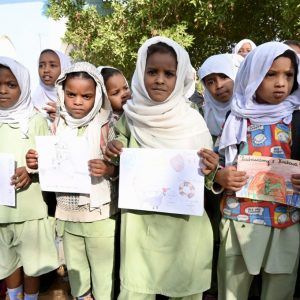 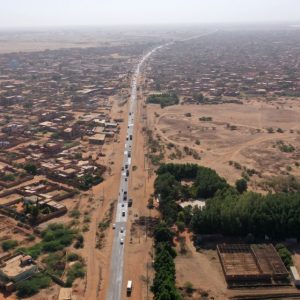 In addition to archaeological research, ethnological interviews were conducted with the residents of Soba. The people who currently live in the vicinity of the ruins are confronted with the remains of the past on a daily basis. No wonder that the local communities have developed rich folklore associated with the archaeological site. By studying it, researchers get acquainted with folk beliefs featuring supernatural entities, and stories from the lives of modern residents of Soba. This brings the researchers closer to the local community and, vice versa, allows them to better understand each other.

“Finding a common ground is important for securing the future for the remains of the former capital. The rapid pace of the development in Khartoum makes undeveloped land on the outskirts of the city increasingly desirable. Protecting a site as large as Soba is a growing challenge”, as Dr Drzewiecki explained. Prof. Maciej Kurcz from the University of Silesia, who is a cultural anthropologist working with the expedition, conducted public consultations among various groups living in Soba, regarding their views on the future of the archaeological site, and whether there is room in it for the remnants of the distant past. These discussions produced an idea of creating a museum in Soba, which would display both ancient (archaeological) and modern (traditional) crafts and objects of everyday use.

With the beginning of 2022, the research team is continuing their archaeological and ethnological works in Soba.

The project ”Soba – the heart of the kingdom of Alwa. The spatial organization of medieval capital city on the Blue Nile” is carried out by a scientific consortium of the Polish Centre of Mediterranean Archaeology, University of Warsaw (consortium leader) and the Institute of Archaeology and Ethnology of the Polish Academy of Sciences (consortium partner). The project is funded by a National Science Centre grant number UMO-2018/29/B/HS3/02533.

Life of conodonts
The workshop “Metaverse as a promise of a bright future?”
Tags: archaeology, discovery, Polish Centre of Mediterranean Archaeology, science

Establishment of PCMA UW Research Centre in Cyprus
08-10-2021
The Polish Centre of Mediterranean Archaeology of the University of Warsaw will set up a research centre in Paphos, Cyprus, where the Polish Centre of Mediterranean Archaeology, University of Warsaw expeditions have been working for over half a century. It will be the third foreign research post of the centre.
Tyre: Discovery of a new Roman Temple in the Phoenician port in Lebanon
01-10-2021
Tyre, the Phoenician capital on the coast of Lebanon, is the site of the latest project with PCMA UW involvement. The international team researching this UNESCO World Heritage List city has recently finished a highly successful fieldwork season discovering the remains of a complex belonging to a Roman-period temple.

In the panoramic photo: small lamps and lanterns from the last excavations. Credit: J. Ciesielska. 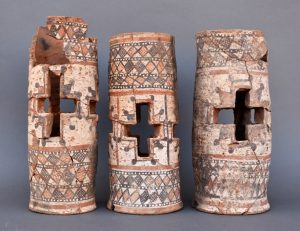