Main siteNewsWorld media on a unique map of the Milky Way

World media on a unique map of the Milky Way

UW astronomers constructed the most detailed 3-D map yet of the Milky Way. On 1st August, their study was published in the journal Science. Research, conducted by the UW scientists, aroused world media interest.

The creation of the map was possible thanks to the Optical Gravitational Lensing Experiment (OGLE) project, one of the largest observing program in the history of the Polish astronomy, launched in 1992. The images of the sky are taken at the Las Campanas Observatory in Chile. UW astronomers working in the OGLE project, the authors of the study presenting the new three-dimensional map of the Milky Way, have observed the Milky Way for 6 years, took 206 726 images of the sky which contain over billion stars.

The map has been constructed by using a sample of over 2,400 Cepheids – young bright pulsating supergiants. The majority of these stars have been newly identified in the photometric data collected by the Optical Gravitational Lensing Experiment (OGLE) survey. The map provides insights into the structure and history of our Galaxy.

The presentation of the map aroused enormous media interest around the world. Below are examples of materials that appeared in the United States, Australia, Great Britain, France, Switzerland, Germany, Denmark, Italy, Spain, Russia, South Africa, China, and Brazil. 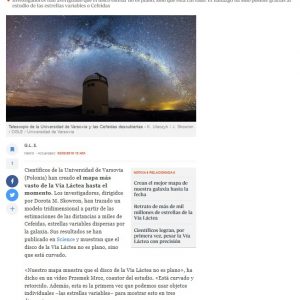 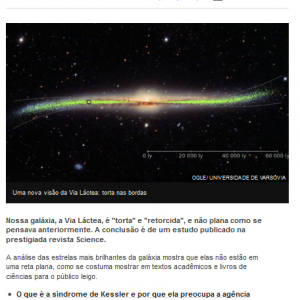 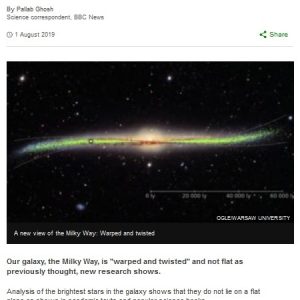 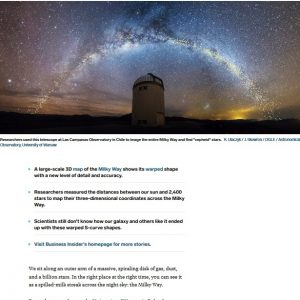 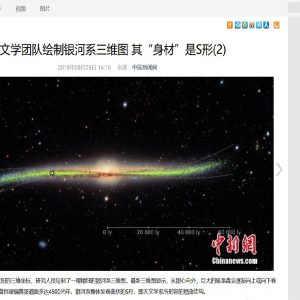 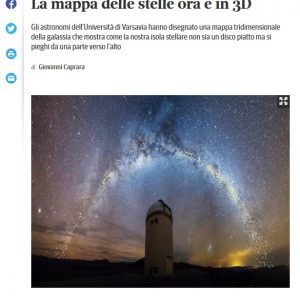 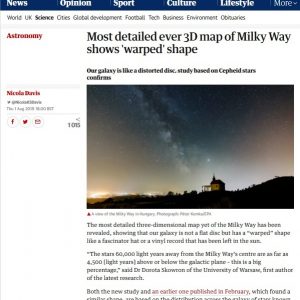 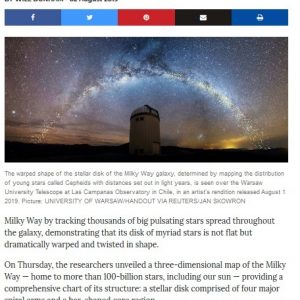 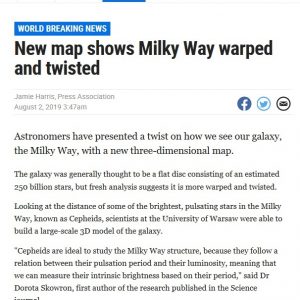 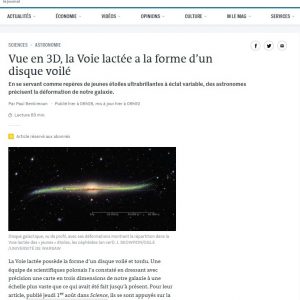 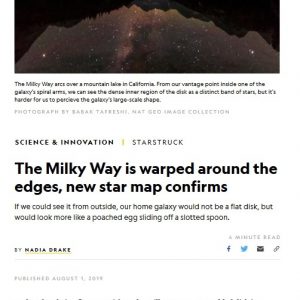 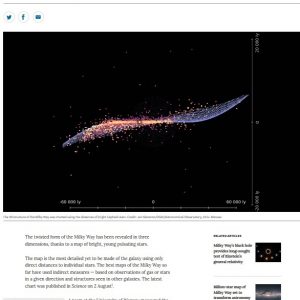 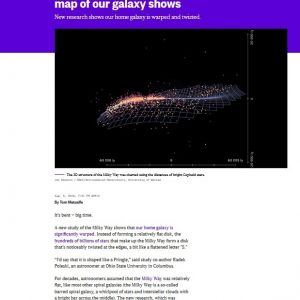 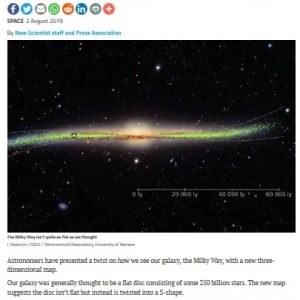 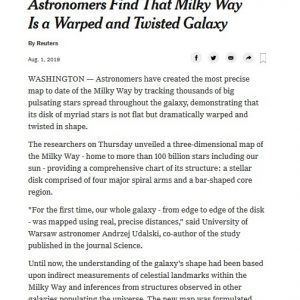 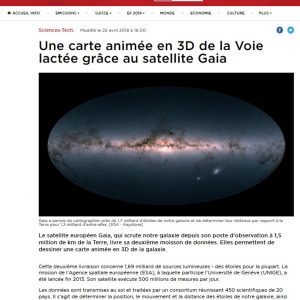 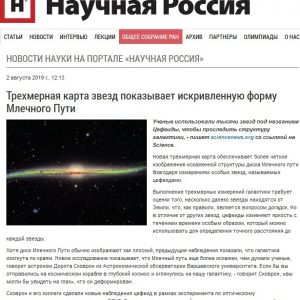 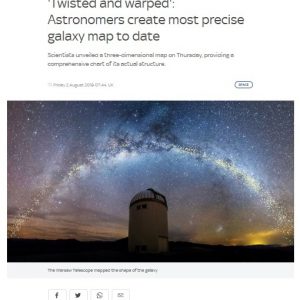 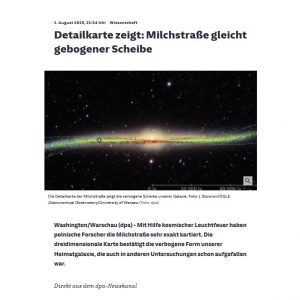 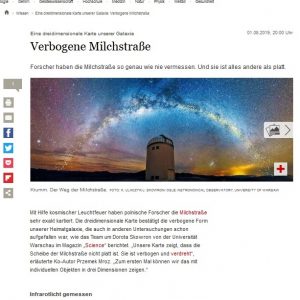 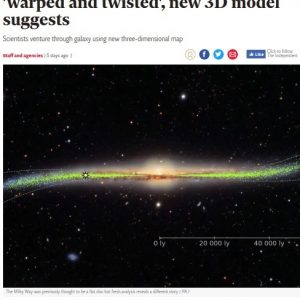 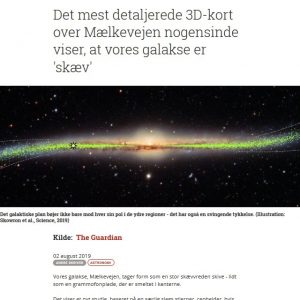 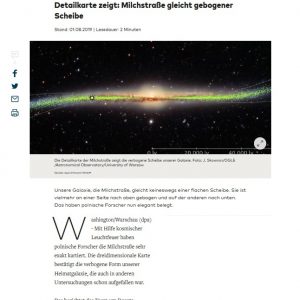 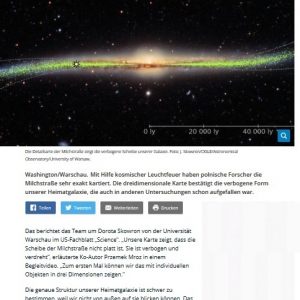 Video about the 3-dimensional map of the Milky Way

The Milky Way in three dimensions
The UW scientist as a co-author of the paper in “Nature Photonics”
Tags: Astronomical Observatory, astronomy, Faculty of Physics, research, science

The Milky Way in three dimensions
01-08-2019
When Galileo pointed his first telescope at the Milky Way in the early 17th century, he noticed it consists of countless stars. Since that time, studying the properties and history of our Galaxy has absorbed many generations of scientists. Writing in Science, Polish astronomers from the UW Astronomical Observatory present a unique three-dimensional map of the Milky Way.