On 28th September the University of Warsaw and the University of Cambridge were celebrating the official inauguration of the strategic partnership between the two institutions and the launching of the permanent programme of Polish Studies at Cambridge.

During the ceremony Dr. Stanley Bill delivered a lecture about the Polish Studies at the University of Cambridge and their main goals.

– We assume that one can never fully understand the society, culture, history, politics or even economy of Poland without first understanding its language. Therefore, language learning is an indispensable and compulsory part of a much broader programme of research and study within the Faculty of Modern Medieval Languages where Polish Studies is based – said Dr. Stanley Bill during the event. – There are three main pillars of the Cambridge Polish Studies initiative. First of all, the production of innovative research on Poland. Secondly, the education of the brightest British students in Polish culture, history and language. And thirdly, the organisation of a cycle of public events with the aim in increasing general knowledge about Poland in Cambridge, the UK and the world – continued. 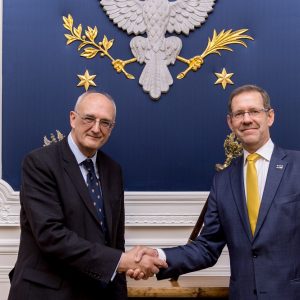 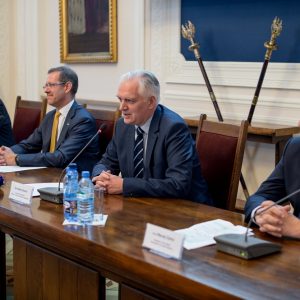 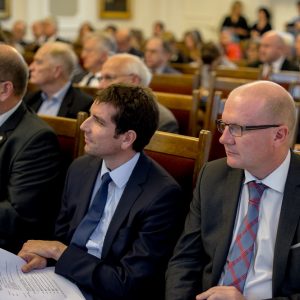 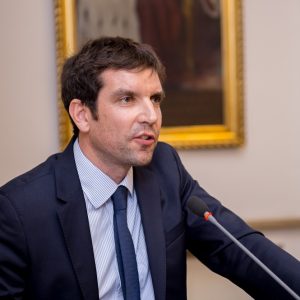 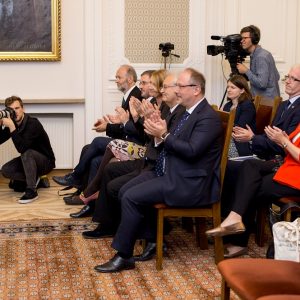 – The Polish government made available and transferred over £3 million to the University of Warsaw to be used to strengthen and develop the cooperation with Cambridge. One of the main goals of this founding was to secure the perpetual continuation of Polish Studies in the University of Cambridge. Another goal was the formation of the platform to support cooperation in other areas like, for example, sciences and development of technology transfer concepts. Our plans for future cover the biannual conferences, students exchange, visiting lectures and many other initiatives that I hope will be possible within the framework of this project – said Prof. Marcin Pałys, rector of the University of Warsaw.

The programme will provide opportunities for research collaboration, as well as teaching in Polish language, literature and culture. The programme’s research output will be complemented by a series of high-profile public events that will aim to stimulate research in Polish culture and society, and promote greater understanding of Poland’s role in European history as well as its position as a rising economic power.

The new initiative was built on the success of the existing four-year pilot programme in Polish Studies at the University, led by Dr. Stanley Bill of Cambridge’s Department of Slavonic Studies and supported by the Foundation for Polish Science (FNP), the M.B. Grabowski Fund, the Zdanowich Fund and Cambridge’s School of Arts and Humanities.

The agreement was concluded with the support of Poland’s Ministry of Science and Higher Education.

International Research Agenda at UW
24-05-2017
The Foundation for Polish Science will fund a new international research unit which will operate within the CeNT UW.Research teams will focus on the adaptive cellular mechanisms triggerered by stress.