Doctor Marek Cygan from the Faculty of Mathematics, Informatics and Mechanics at the University of Warsaw has received the European Research Council grant.

The European Research Council is the first pan-European funding body for frontier research which leads to important discoveries and crucial results. Doctor Marek Cygan will allocate the Starting Grant to work on algorithms. His research will last five years. The scientist has applied for a 1,5 million euro project.

– The two most recognized algorithmic paradigms of dealing with NP-hard problems in theoretical computer science nowadays are approximation algorithms and fixed parameter tractability (FPT) – says doctor Cygan. – In our opinion the two fields have critical mass allowing for synergy effects to appear when using techniques from one area to obtain results in the other, which is the main theme of the project.

The scientist proposes three research directions with potential of solving major long-standing open problems in both areas with the following objectives:

His objectives lie in the frontier of fixed parameter tractability and approximation areas. The full achievement of his goals would change our understanding of both areas, with further consequences in other disciplines within computer science.

The ERC grant is the next award of Marek Cygan. As a student he was taking part in IT competitions. In 2005 he won the Google Code Jam. Two years later together with Marcin Pilipczuk and Filip Wolski won the ACM International Collegiate Programming Contest in Tokio. As a Phd student of Institute of Informatics of the University of Warsaw Marek Cygan got a third place in TopCoder Open in Las Vegas.

He was receiving many scholarships from the state institutions, among others, from the Ministry of Science and Higher Education, the Foundation for Polish Science and the National Science Centre. Young scientist was participating also in two academic programmes at UW: the Modern University and the Doctorates for Mazovia.

Currently Phd Marek Cygan shares his ACM ICPC experience with students and prepares them for this competition.

Doctor Marek Cygan will allocate the Starting Grant to work on algorithms. 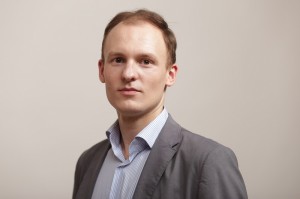 Poland got 19 ERC grants so far. Scientists from University of Warsaw received 10 out of them.

Watch movies about our scholars, who have got ERC grants.