Prof. Janusz Jurczak, a distinguished scientist who conducts research in organic chemistry, received the doctor honoris causa degree of the University of Warsaw. The ceremony took place on 16th January.

Honorary degrees of the University of Warsaw are granted to individuals in recognition of their scientific work and contribution to the university or to society. Prof. Janusz Jurczak is the 220th honorary doctor of UW.

The awarded researcher was born in 1941 in Stryj (today’s western Ukraine). His family moved to Warsaw. In 1964, he graduated from the Warsaw University of Technology. Six years later, he obtained his PhD degree in the Institute of Organic Chemistry of the Polish Academy of Sciences, where he became a professor in 1988.

Prof. Janusz Jurczak is a specialist in organic chemistry, supramolecular chemistry, stereochemistry and organic synthesis under high pressure. He works in the Institute of Organic Chemistry of the Polish Academy of Sciences. He leads the Stereocontrolled organic synthesis and supramolecular chemistry group there. For many years, the professor has been also associated with the UW Faculty of Chemistry where he set up the Laboratory of Stereocontrolled Organic Synthesis.

Prof. Janusz Jurczak is a member of the Polish Academy of Learning. For many years, he has been part of the Polish Chemical Society and edited its Polish Journal of Chemistry.

The ceremony was held on 16th January at the University of Warsaw. 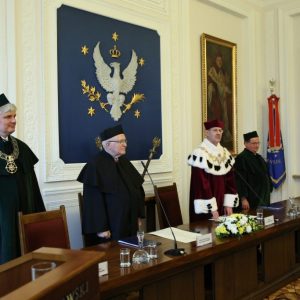 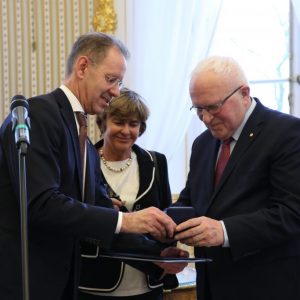 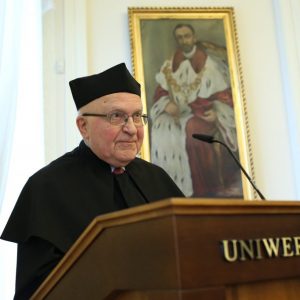 ENGHUM project as an example of success story
16-01-2019
The European Commission published an article on the results of the “Engaged humanities in Europe: Capacity building for participatory research in linguistic-cultural heritage” project. Dr. Justyna Olko from the Faculty of “Artes Liberales” was a project coordinator. According to the European Commission, ENGHUM is an example of success story from EU research.