On average, an area of more than 250 football fields is built-up in Europe every day. Between 2000 and 2018, as many as 1.25 million hectares of natural green or rural land were converted into urban use areas. These are the results of an international study, in which UW researchers were involved.

Poland at the backdrop of other European countries

The study revealed that Poland is among the countries of the most robust urbanisation processes, including residential and industrial areas, as well as road infrastructure. In some localities, particularly those adjacent to large cities, the process has reached the pace of twenty thousand square meters per day. Simultaneously, compared to other European countries, our country had a compellingly low share of green urban territories in new urban use areas. What distinguishes Poland at the backdrop of other European countries, is also a significant spread of built-up land after joining the European Union, which has not been hindered by the recession of 2008.

An increase of urban fabric that surpasses the population is yet another distinction between Poland and nearly all other European countries. In voivodeships like Mazowieckie, Pomorskie, Wielkopolskie, and Małopolskie, the same processes take place in terms of population growth. Meanwhile, in most of the remaining regions, the spread of urban fabric occurs despite the declining population.

“It is important to remember that land is a limited resource and that its development is by principle long-term. Houses, factories, or roads erected today, will stay with us for the upcoming decades and generations. Hence, it is highly essential to consider the development of built-up land along with demographic forecasts. In the case of territories where the population is declining, it would be advisable to impede the speed of the spread of urbanised areas and introduce downright renaturation of some of the already built-on areas,” says Dr. Dorota Celińska-Janowicz from EUROREG UW.

Apart from the analytical and diagnostic parts, the research team also studied the efficacy of public interventions pertaining to land-use changes from an angle of Sustainable Development Goals. Although the most apparent solution involves limiting the urbanisation processes and the built-up of green and rural areas, the comparative analysis carried out across Europe has shown that such policies may adversely affect social and economic spheres. They might lead to curbing access to affordable housing for the less affluent social groups or lower revenues for farmers who sell their land.

“Wise land management is a challenging but essential task. To marry public, economic, and environmental interests in the upcoming years, it is advisable to utilise post-industrial areas, pay attention to buildings’ compactness, and avoid new investments in areas located relatively far from the existing linear infrastructure,” claims Dr. Adam Płoszaj.

“Sustainable Urbanization and land-use Practices in European Regions (SUPER)” applied research project was conducted within the framework of the ESPON 2020  Cooperation Programme, partly financed by the European Regional Development Fund. The ESPON Programme aims at promoting and fostering a European territorial dimension in development and cooperation by providing evidence, knowledge transfer and policy learning to public authorities and other policy actors at all levels.

Textbook on climate
15-01-2021
Climate change is not a myth. Scientists in the world are warning that we are at a defining moment to rescue our planet. UW experts initiated the creation of a textbook about climate. It is an interdisciplinary publication for university students, high school students and teachers. 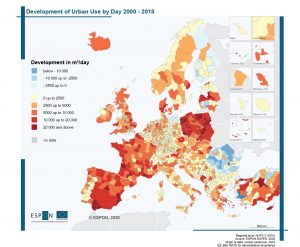 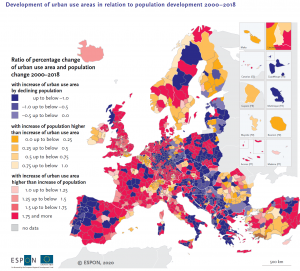