It has been the third time when the UW scholars, who have achieved outstanding results in research or teaching, were awarded. These employees will be receiving an increased salary. In 2015, in order to appreciate the engagement of the UW employees, the UW rector has established a special fund supporting those scholars who contribute to the development of the University.

– Being a „rising star” certainly brings us satisfaction, however it would not have been possible without your activities, accomplishments and efforts. I would like to thank all of you for your endeavour. The University of Warsaw can realize its ambitions thanks to those people who are not satisfied with conducting good research, but they aim for scientific excellence – stressed the rector.

In the third edition of awards, 127 employees of the University of Warsaw will be receiving an increased salary – additional PLN 1 500 each month (for one year). The laureates were selected by a special commission represented by professors from faculties and units of the UW. The more grants the UW units receive, the more scholars can be selected.

The ceremony took place on 23rd May in the Golden Hall in the Kazimierzowski Palace. 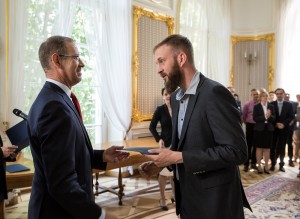 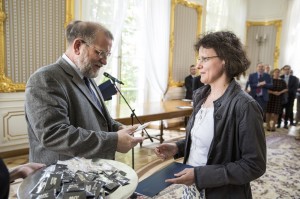