Optical communications, quantum cryptography, sensors in medical diagnostics – the development of these technologies can revolutionise the economy of those countries that are able to exploit the potential of Quantum Physics. Forthcoming transformation will involve academic institutions, research centres and entrepreneurs which, on 23rd May, set up the Cluster Q – Quantum Technologies Cluster.

The Centre of New Technologies, University of Warsaw, hosted representatives of the government, as well as science and business communities to present a cooperation agreement. The established cooperation aims at the development of Polish quantum technologies and introducing them successfully to international industrial markers.

“This is a meaningful day both for the University of Warsaw and new technologies. I am proud of the University researchers and their achievements in the field of Quantum Physics. The initiated cooperation with other research centres, state institutions and industry is a milestone for the development and implementation of new scientific results. This cluster proves that the technology based future can be built by representatives of academic institutions, business and public entities,” Prof. Alojzy Z. Nowak, UW Rector, commenced his speech at the official opening of the Cluster Q.

Maciej Małecki, Secretary of State in the Ministry of State Assets, emphasised the role of quantum technologies in Poland.

“The Polish quantum initiative of eight leading research centres was started two years ago. Nowadays we are facing a meaningful moment not only in Quantum Physics but also in economic history of our country. Today the University of Warsaw is hosting three key groups of stakeholders in this project: Polish science, Polish industry and the Polish State. We realise that the results of the research in quantum technologies can be used successfully to improve the national security and military defence,” Małecki said. 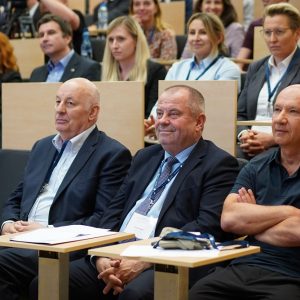 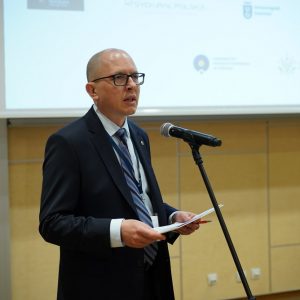 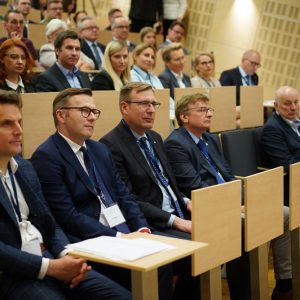 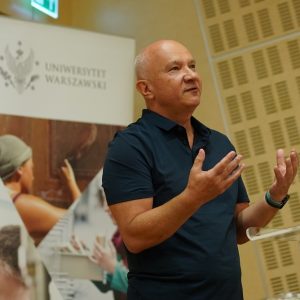 The opening ceremony was attended by Professor Artur Ekert, University of Oxford, a co-inventor of quantum cryptography and a member of the International Scientific Board of the Centre for Quantum Optical Technologies, University of Warsaw. “Poland is starting late, but we have excellent scientists. In Poland, quantum research has always been excellent. The Polish school of quantum optics has been recognised worldwide. We have people who can perceive quanta through a lens of commercial applications. The government and governmental organisations are seriously interested to provide support. I truly believe that the Polish science, Polish industry and government will be proud of Poland holding an important position in quantum technologies,” prof. Ekert summarised.

Triple Crown for the UW
17-05-2022
The Faculty of Management, University of Warsaw, awarded with the accreditation of the Association to Advance Collegiate Schools of Business. As the first Polish academic institution, the University of Warsaw joins the rank of triple-accredited business schools worldwide.