Winners of the Crystal Brussels Prize

The University of Warsaw received the Crystal Brussels Prize among universities. Prof. Mikołaj Bojańczyk from the Faculty of Mathematics, Informatics and Mechanics became a laureate of individual award.

Awards are given by the National Contact Point for Research Programmes of the European Union. This prestigious prize is distributed to the most active and successful participants of European Union Framework Programmes – research units, enterprises, scientists and representatives of social organizations.

So far, the UW was nominated in every edition of the award and four times got the statuette:

This year’s laureate of the individual award – Prof. Mikołaj Bojańczyk – an employee of the Institute of Informatics of the UW, received two grants of the European Research Council. In 2009 scientist has been awarded the ERC Starting Grant on a project entitled  “SOSNA – Expressive Power of Tree Logics”. That project was an attempt to build logical languages understandable for a computer which would allow for discerning natural properties. The value of the project was 0,8 milion euro. In 2015 Prof. Mikołaj Bojańczyk received the ERC Consolidator Grant on the project is entitled “A unified theory of finite-state recognisability”. Researcher has been analyzing algorithms. The value of a five-year project is almost 1,8 million euro.

The University is the most experienced in receiving grants in national and international programmes. Almost 1/3 of the University’s budget is reserved for research. “Innovation Union Competitiveness Report” published by the European Commission confirmed that the UW has been a leader among Polish research institutions. In the Seventh Framework Programme (2007-2013) 99 UW’s projects were financed from the European Union. First results of the Horizon 2020 – the biggest EU Research and Innovation programme (2014-2020) show that University got 26 grants in that programme. In COSME – Europe’s programme for small and medium-sized enterprises, the UW received 2 grants. Financial support for the projects which will be conducted equals 9 964 262,85 euro.

The President of the Award Committee is Jarosław Gowin – Minister of Science and Higher Education.

Video of prof. Mikołaj Bojańczyki one of the UW researchers who received the ERC grants >> 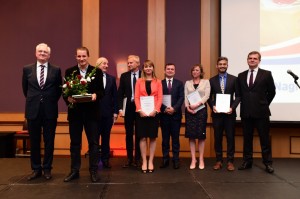 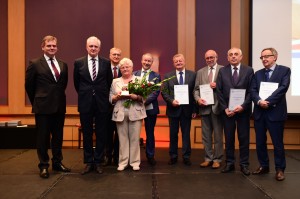 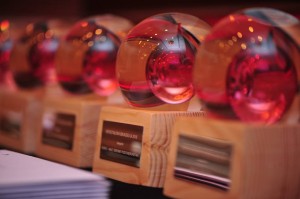