The archaeological site in Dongola (Sudan) drew around 1000 visitors during an Open Day organised by the UW Polish Centre of Mediterranean Archaeology mission working at the site.

Two archaeological projects are now underway at the site, both under the PCMA UW auspices. One involves archaeological fieldwork, funded by the ERC Starting Grant awarded to Dr. Artur Obłuski, with a focus on the Funj period (15th–18th century). The other is an interdisciplinary project “ArcheoCDN. Archaeological Center of Scientific Excellence”, supported by the “Dialog” grant from the Polish Ministry of Science and Higher Education.

Within the latter project, Open Days are held at the Dongola archaeological site, which draws growing crowds of local visitors, not just from the nearest village of Al-Ghaddar but also from more remote places, with around 1000 people taking part in the December event. Another Open Day is scheduled to take place during the winter fieldwork campaign of 2020. 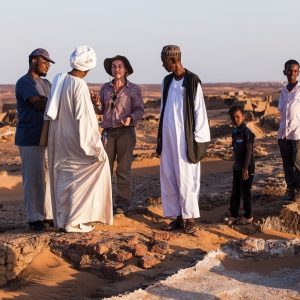 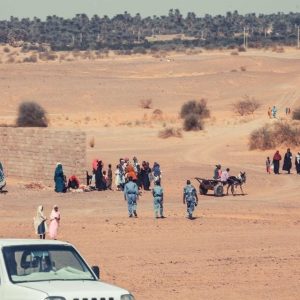 Sudan was chosen as the first field for implementing this strategy because the PCMA’s research in this country has a long tradition (it has been going on since 1964), and Nubiology is a research field in which Polish scientists have significant achievements, recognised internationally.

“The Polish Centre of Mediterranean Archaeology of UW aims at building a centre of scientific excellence, understood as a modern research unit conducting comprehensive and multidisciplinary research. We want to promote a broad view of the studied region, going beyond exploring its past, to take into account the full potential of the place both its cultural heritage and contemporary conditions. Part of the approach is also to share our research results, not only with specialists but also with a wide audience. We also want to engage the local community in joint activities,” says Dr Artur Obłuski, acting director of the PCMA UW.