On 1st April in Alexandria the archaeological park was open. The Kom el-Dikka excavations and site presentation project is a flagship project of the Polish Centre of Mediterranean Archaeology.

Located in the heart of Alexandria, Kom el-Dikka is an extensive Roman residential complex. It includes the only preserved Roman amphitheatre in Egypt. The excavations by the Polish Centre of Mediterranean Archaeology, in association with Egypt’s Supreme Council of Antiquities, have started in the 1960s.

The excavations by the Polish Centre of Mediterranean Archaeology have uncovered Roman baths, lecture halls, the sole example in the entire world, and a small village, the centerpiece of which is the Villa of the Birds, a large house filled with beautiful mosaics. 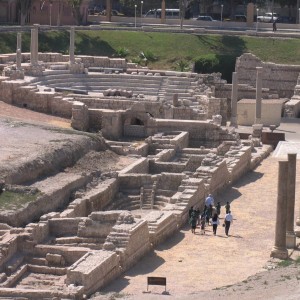 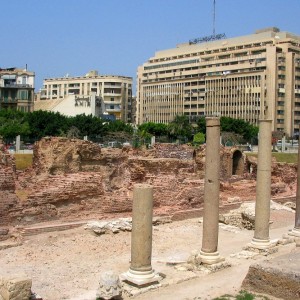 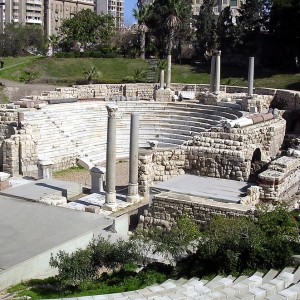 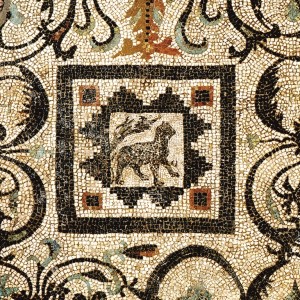 A thorough revamping of the immediate surroundings of the site, including a new fence railing at the front, new tourist paths and grass carpets, has opened up the site and integrated it with the modern city fabric. On the site itself, the open-air display of monumental architecture and sculpture was rearranged in a new place along the path leading to the Villa of the Birds. Other landscaping work was also undertaken, not the least of which was the filling of the ruins excavated in deep trenches in front of the theatre and allowing visitors to walk the entire length of the restored Theatre Portico.

Professor Marcin Pałys, Rector of the University of Warsaw, Khaled al-Anany, Minister of Antiquities, Michał Murkociński, Ambassador Extraordinary and Plenipotentiary of the Republic of Poland to the Arab Republic of Egypt and Doctor Grzegorz Majcherek who is a Director of the PCMA mission in Kom el-Dikka took part in the opening ceremony of the archaeological park in Alexandria.