A new academic year has begun

On 2nd October, Prof. Marcin Pałys, rector of the UW inaugurated a new academic year. Rector summed up recent achievements and presented plans for the future. The ceremony took place in the Auditorium Maximum.

Following the tradition, the rectors of the university, members of the Senate and invited guests, all dressed in togas, walked in procession from the Kazimierzowski Palace which is the seat of the Rector’s Office, to the largest hall in the Auditorium Maximum building, where the celebration took place.

Rector of the University of Warsaw has ceremonially opened the new academic year 2017/2018 and delievered a speech. Prof. Marcin Pałys focused on the consequences of a new project of reform regarding higher education and science. He spoke also about the realisation of the multiannual development plan of the UW, possible federalisation with the Medical University of Warsaw and the role which a University should play in promoting appropriate standards of public debate.

Assist. Prof. Marcin Zych from the University of Warsaw Botanic Garden delivered the first lecture in this academic year concerning the intimate life of plants and its influence on people’s well-being. 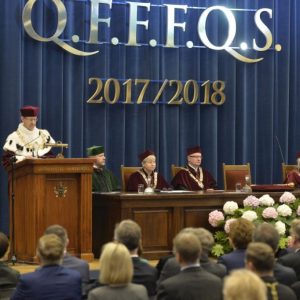 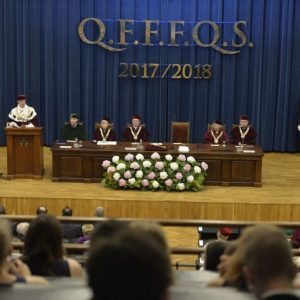 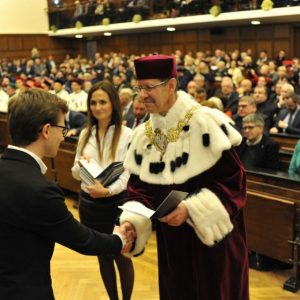 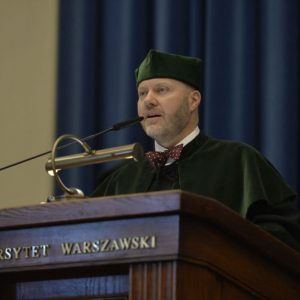 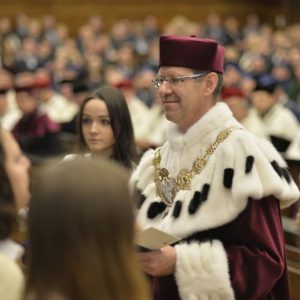 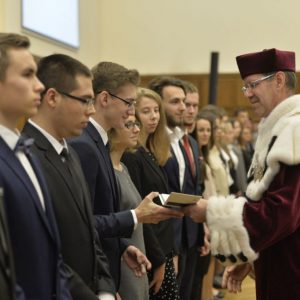 An academic year of studies at the University of Warsaw is divided into two semesters – winter (from October to January) and summer (from February to September). At the end of January and beginning of February, during the winter exam period, the students take exams. The second exam period takes place in June. In July and August students and lecturers have holidays. The first half of September is devoted to a re-sit session for those who did not pass exams;