The passing year has been crucial for our university. UW kept developing its strategic initiatives, e.g. the 4EU+ Alliance, excellence initiative, and multiannual development plan. UW scientists contributed to breakthroughs, and the UW graduate won a Nobel Prize. What else happened at UW during the past year? We present 10 facts.

The University of Warsaw is a member of 4EU+ that brings together six comprehensive, research-intensive, public universities from four regions of Europe. 4EU+ wants to strengthen the European vision of deepened cooperation and mutual enrichment by developing a new quality of cooperation in teaching, education, research and administration, leading to the creation of a truly integrated European University System. 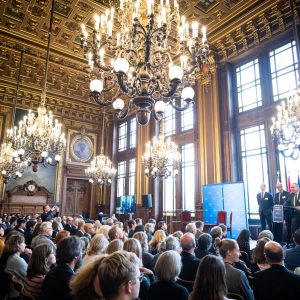 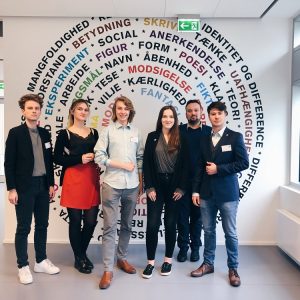 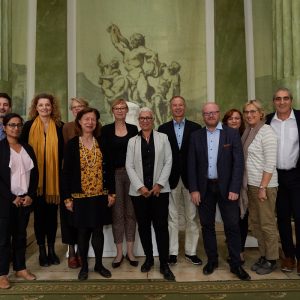 2. UW as a research university – an excellence initiative

The Ministry of Science and Higher Education awarded UW in the first competition in the framework of the “Excellence initiative – research university” programme. Out of 20 applications submitted in response to the call, the Ministry has selected 10 HEIs. The UW proposal was rated as the best and experts gave it the highest evaluation score. Obtaining the grant will enable our university to develop five priority research areas addressing main contemporary societal challenges. More information >>

The selected HEIs, including the University of Warsaw, will receive a state subsidy increased by 10% annually for 6 years (2020-2026). 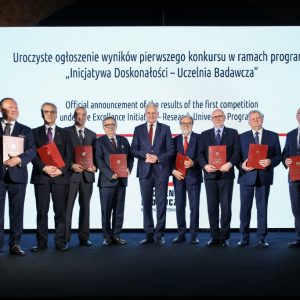 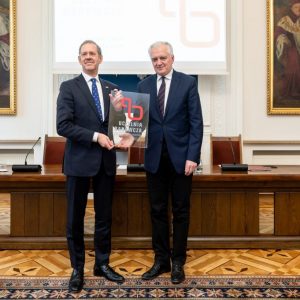 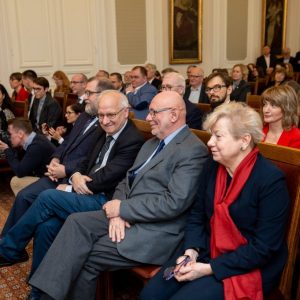 3. A unique three-dimensional map of the Milky Way – an important discovery of UW astronomers

Astronomers from the Astronomical Observatory of the University of Warsaw constructed the most detailed 3-D map yet of the Milky Way. To create the map, they used a sample of over 2,400 Cepheids, young pulsating supergiants which brightness changes in a very regular pattern with a well-defined period ranging from hours to several dozen days. The majority of the stars have been newly identified in the photometric data collected by the Optical Gravitational Lensing Experiment (OGLE) survey. The map demonstrates that the Milky Way disk is not flat, it is warped at distances greater than 25,000 light years from the Galactic centre.

The study of UW astronomers was published in the journal Science. It was a breakthrough in astronomy which sparked off a tremendous amount of world media coverages. More information >> 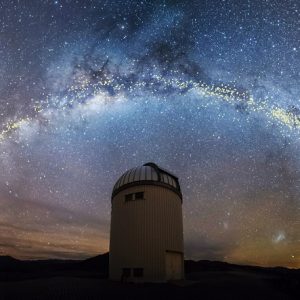 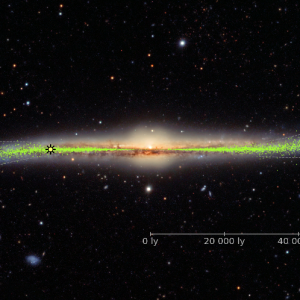 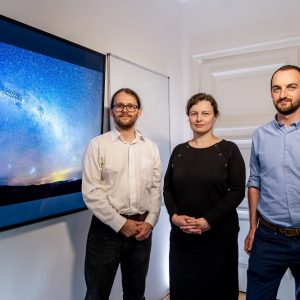 In 2019, UW completed the realisation of its first investments funded by the multiannual development plan. Students and employees can use the sports halls situated in the University of Warsaw Library undergrounds. Also, thanks to the funding, the eastern part of the building at 4 Aleje Ujazdowskie Street was reconstructed. It will house offices of the Cooperation and Dialogue Centre, the UW new unit which aims to be a university cooperation and communication platform with the socio-economic environment. 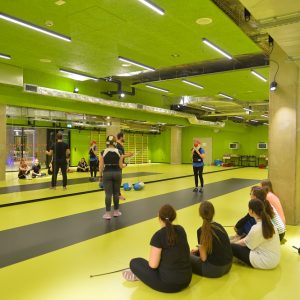 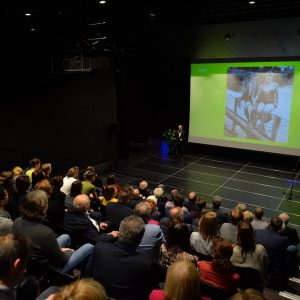 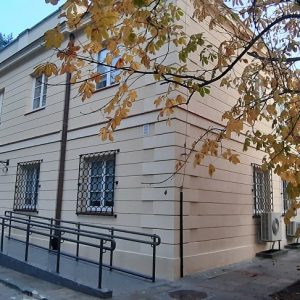 5. Changes to the university organisation and structure

Olga Tokarczuk, who graduated from the UW Faculty of Psychology, was awarded the 2018 Nobel Prize in Literature “for a narrative imagination that with encyclopedic passion represents the crossing of boundaries as a form of life.” On the occasion of Nobel prize-giving to Olga Tokarczuk, UW encouraged its students and employees to take part in an action “UW congratulates Tokarczuk” and express their congratulations to the outstanding writer. The UW community members could take photos using a specially prepared photo frame which referred to Tokarczuk’s works and included a quotation of the writer’s letter to Prof. Marcin Pałys, UW rector. More information >> 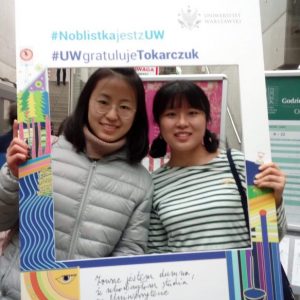 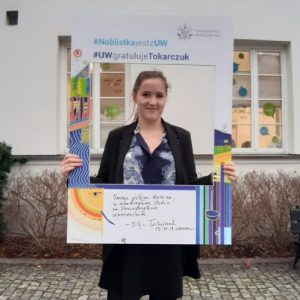 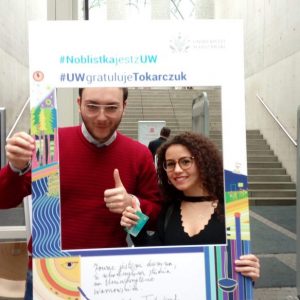 7. UW for the climate

On 1st October, UW rector set up an advisory board “UW for the climate”. It comprises UW researchers, employees and representatives of students and doctoral candidates. The main aim of the group is to conduct and coordinate various UW activities preventing from the climate crisis. In November, the Senate of the University of Warsaw formulated an official position of the university on the crisis. Previously, the faculties of Psychology, Political Sciences and International Studies, Economics and Biology have adopted declarations on climate change.

8. 20 years of the University of Warsaw Library

December saw the 20th anniversary of the University of Warsaw Library (BUW) in Powiśle district. The building is known for its unique architecture and roof gardens. On the occasion of 20 years of BUW in Powile, the library prepared a series of events, e.g. dictation, presentation of the first edition of the “Polish Language Dictionary” by S.B. Linde, a meeting of employees, readers and friends of the University of Warsaw Library, and the opening of the exhibition “Reminiscences II” which commemorates important events and visits of famous people to the Library. 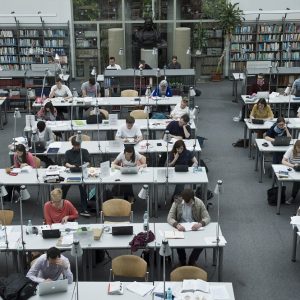 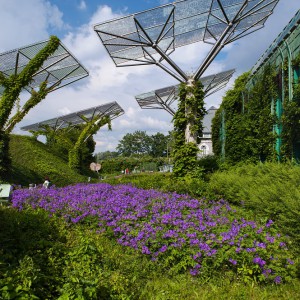 In November, Prof. Paweł Stępień, Prof. Agata Dziewulska and Prof. Andrzej Dragan, representatives of humanities, social sciences, as well as exact and natural sciences, received didactic awards given by the UW rector. The selected employees have great achievements in teaching and introducing innovative education methods. In March, 134 employees, who have achieved outstanding results in research or teaching, were awarded. These employees will be receiving an increased salary. In 2015, rector of the University of Warsaw established a special fund supporting those scholars who contribute to the development of the university. 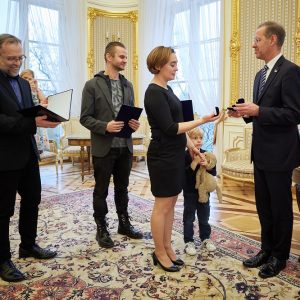 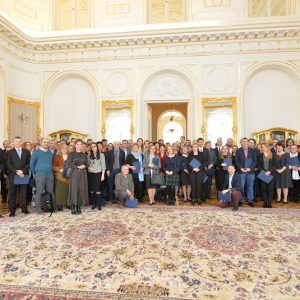 Not only UW scientists but also UW students have significant achievements. Many of them have won awards and distinctions in programming contests, scientific, cultural and sports competitions. UW can be proud of having winners of the ACM International Collegiate Programming Contest (Central Europe Regional Contest), a laureate of the EU Contest for Young Scientists, students singing in the UW choir which won many awards, and winners of the general classification of the Polish Academic Championships. 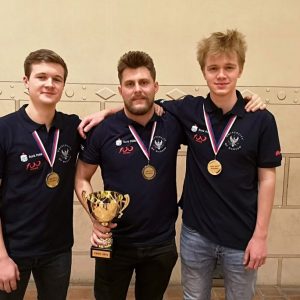 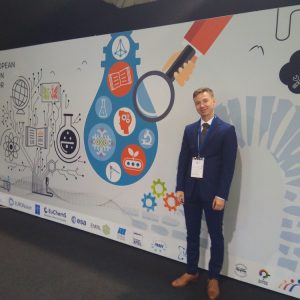 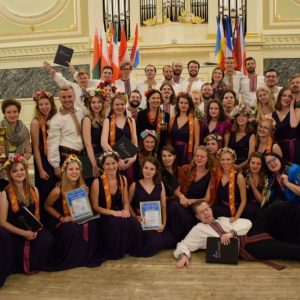